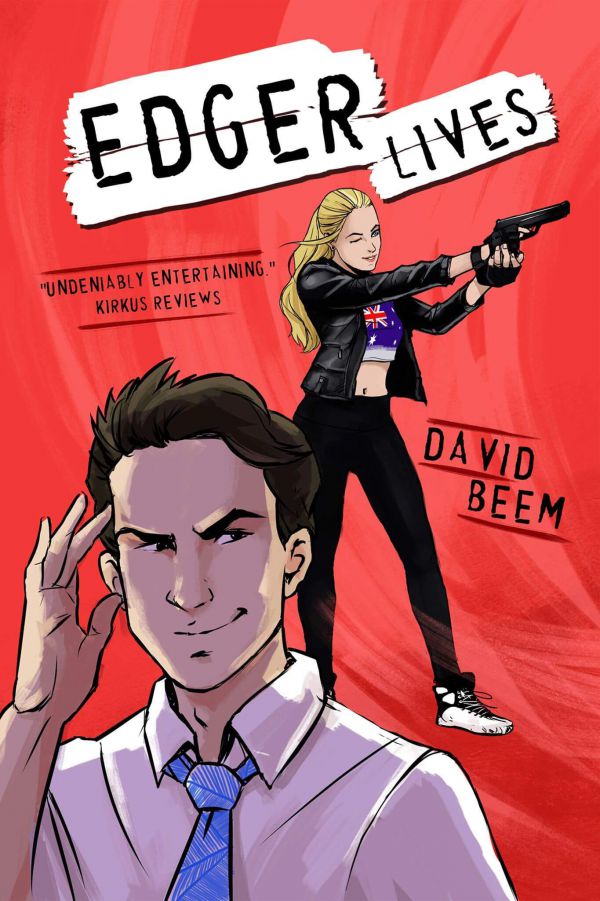 We meet again, Über Dorks… The circle is now complete. Kirkus wrote a nice review of Edger Lives. Indeed I am powerful, as the emperor has foreseen…

Here is the link: Kirkus Review

After mysteriously losing his abilities, a psychic superhero tries to prevent an assassination and thwart a powerful villain in this comedy-action sequel.

To protect his loved ones, Edger Bonkovich pretends to be dead after the evil organization Nostradamus destroys his house. He’s living in Burbank, California, with spy Mary Thomas of the Global Strategic Peace Organization Taskforce as his protector and cover wife. Edger has the ability to access the Collective Unconscious, a “psychic stratum” of everyone living or dead. Bruce Lee, for example, can temporarily take control, affording Edger martial arts deftness. But when Nostradamus agents suddenly attack Edger and Mary at home, his power inexplicably vanishes. He only has access to Nigel Willianbottom, a Brit with few discernible skills. Meanwhile, Australian Prime Minister Watson is planning to admit he’s a Nostradamus official and name others. GSPOT boss Alexandra Hamilton assigns Edger and Mary the task of preventing the prime minister’s potential assassination. But Alex distrusts Mary, who confesses Watson is her father, whom she wouldn’t mind killing. Edger soon learns of a supervillain who’s capable of reading minds. Despite his diminished psychic abilities, Edger has a ring that, combined with the super-serum in his blood, covers him in a super-suit for inevitable confrontations with baddies. Beem (Edger, 2018, etc.) loads his second series installment with vivid characters and subplots. Many of them ultimately link to Edger (for example, a Russian assassin) or have a pre-existing connection, like Fabio Jimenez, Edger’s best friend who believes he’s dead. While readers may have trouble keeping up with the influx of characters, the story retains a steady pace of action and high jinks. These include clones, possible aliens, and a Collective Unconscious message from Edger’s supposedly dead father. Humor is in abundance, from mostly unhelpful Nigel to appearances by real-life figures, including Freud and Vladimir Putin. But there are sincere moments as well, as the goofy but likable protagonist expresses genuine feelings for Mary and misses his friends and family.

A delightfully silly and bizarre superhero tale, with an ending that practically guarantees further installments.